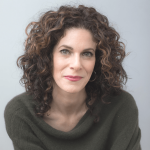 Jenna holds an MFA from Columbia University and has been a creative and academic writing instructor for nearly 20 years, teaching at Teachers College, NYC, University of Toronto Scarborough, Humber College, Western University, where she redesigned the Continuing Studies Creative Writing program, and privately before creating One Lit Place.

In her work as an editor, she provides developmental feedback, substantial copyediting, and proofreading for fiction, nonfiction, academic and business writing. Her fiction, nonfiction, and poetry appear in mainstream and literary magazines, including in the LA Times best-selling The Modern Jewish Girls’ Guide to Guilt (Penguin), winner of the National Jewish Book Award. Originally from Los Angeles, Jenna has lived in New York, Germany, and now makes her home in Toronto, Canada. 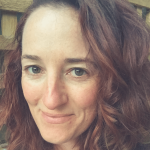 Marcia Walker’s writing has appeared, or is forthcoming, in The New York Times, Fiddlehead, Prism international, Room, Event, Antigonish Review, University of Toronto Magazine, This Magazine, The Globe and Mail, CBC radio and The Broken Social Scene Story Project. She has been shortlisted for Prism’s fiction and non-fiction prize, the Writers’ Union of Canada short prose competition and the Lascaux fiction award. Her plays have been part of Nightwood Theatre’s Groundswell festival and the F.O.O.T. festival. She is a graduate of the Guelph MFA program and runs the Emerging Writers Reading Series in Toronto. 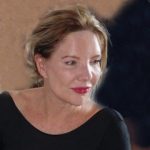 Anna holds a Ph.D from the University of Toronto in English Literature. In addition to her non-fiction book, A Passion for Consumption: The Gothic Novel in America, she has published six novels under a pseudonym with Kensington Publishing in New York. She also has numerous newspaper, magazine and academic articles to her credit. She has taught at the university and college levels as well as taking on a coaching role as marketing and communications branding and change management consultant for financial and IT organizations. Fluent in French and German, Anna divides her time between Toronto and Southern California. 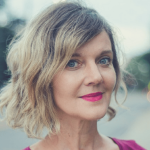 Krista Foss is a writer of novels, short stories, screenplays, and creative non-fiction. Her short fiction has appeared in Granta and has twice been a finalist for the Journey Prize. Krista’s essay writing, which won the PRISM International Creative Non-Fiction Award (2016), has been nominated for a National Magazine Award and featured in Best Canadian Essays. Her first novel, Smoke River, published by McClelland & Stewart (2014), won the Hamilton Literary Award and was optioned for film by Westwind Productions. ELLESMERE, a mini-series pilot co-written with Sally Cooper, is currently under option by Buck Productions. Her second novel will be published by McClelland & Stewart in spring 2021. She is a senior editor at Hamilton Review of Books and has an MFA in Creative Writing from the University of British Columbia. 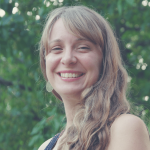 Teresa Dzieglewicz is an educator, Pushcart Prize-winning poet, and a co-director of the Mní Wičhóni Nakíčižiŋ Owáyawa (Defenders of the Water School) at Standing Rock Reservation. She received her MFA from Southern Illinois University, where she received the Academy of American Poets Prize. She is the winner of the 2018 Auburn Witness Poetry Prize and she has received fellowships from New Harmony Writer’s Workshop, the Kimmel Harding Nelson Center, and the NY Mills Arts Retreat. Her poems appear or are forthcoming in the Pushcart Prize XLII,  Best New Poets 2018, Beloit Poetry Journal, Ninth Letter, Sixth Finch, and elsewhere.

Rebecca Hales is a graduate of the Canadian Film Centre’s Bell Media Prime Time TV program and holds an MFA from University of British Columbia. In 2016 she was awarded the Telefilm New Voices award at the Toronto Screenwriting Conference and was one of the Corus Entertainment Writer’s Apprentice Program participants at the Banff World Media Festival. Her credits include an episode of Travelers, the Showcase/Netflix sci-fi series from showrunner Brad Wright (Stargate franchise), working in the development room of Solstice, another Brad Wright original series, interning on the CTV drama series Saving Hope, and the Women in Film and Television Toronto Showcase award winning short film “Dissecting Gwen.” She is currently developing a political crime thriller with Rusty Halo Productions, a half-hour comedy series with creative partners in Toronto and LA, and multiple solo projects. 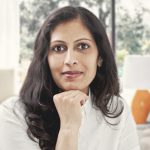 Vaishali is a Registered Psychotherapist and narrative practitioner. She received her Master’s Degree in Community Counseling at the University of North Carolina in Greensboro (UNCG), and currently holds certification with The Canadian Counselling and Psychotherapy Association. She has been counselling since 2003, and worked in the field of Employee Assistance Programming (EAP) for more than six of those years, gaining experience and a greater understanding of the importance of work-life balance, and overall wellness of individuals. In addition to individual therapy in her private practice, Vaishali runs RAW (Revealing Authentic Women) Support Circles and “good for you Ladies Night Out” events. 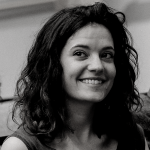 Delaney is a Pushcart Prize-winning Fulbright Fellow whose fiction has appeared in Electric Literature, Guernica, Oxford American, Tin House, and elsewhere. She was a Rona Jaffe Fellow at the Iowa Writers’ Workshop MFA Program. She has received recognition from Yaddo, Bread Loaf, Vermont Studio Center, Academy of American Poets, and others, and her fiction has been translated into four languages. Her stories have been adapted into a radio play by NPR’s “Snap Judgment” and into a short film by Emmy award winner Caitlyn Greene: AUGUST. Her chapbook Shotgun Style won the Ropewalk Press Editor’s Prize. 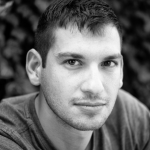 Kenneth is a senior editor and correspondent at Newsweek based in Italy. He is a contributing writer at WIRED and the author of Troubled: The Failed Promise of America’s Behavioral Treatment Programs and Bulletproof Vest.  He has written for The New Yorker, The New York Times Magazine, and The Atlantic. A two-time finalist for the Livingston Award for Young Journalists, he is the recipient of a Calderwood Foundation Art of Nonfiction Grant, a Logan Nonfiction Fellowship, and a grant from the Fund for American Studies. He was previously a staff journalist at The New York Times. 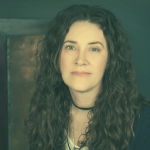 Sally Cooper writes novels, creative non-fiction, screenplays and short stories. She has published three acclaimed novels, including With My Back to the World (Wolsak & Wynn, 2019) and the linked short story collection Smells Like Heaven (2017). Her essays have been longlisted for the Edna Staebler Personal Essay Contest and the Short Works Prize and she has received fellowships from the Vermont Studio Center, the Helene Wurlitzer Foundation, and the Banff Centre. ELLESMERE, a mini-series co-written with Krista Foss, is currently under option by Buck Productions. She is a Senior Editor at Hamilton Review of Books and has an MA in English Literature from the University of Guelph. 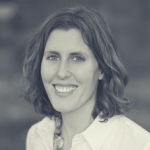 Liat earned her PhD in international relations from the University of Oxford. For more than 15 years, Liat has been a freelance editor specializing in academic and non-profit work. She has worked in academia, print journalism, policy research and finance in the U.S., U.K. and Canada.

Dr. Erin’s cross-genre memoir It’s Not a Lonely World (Trembling Pillow Press, forthcoming 2020) was awarded the 2016 and 2017 Karen Dunning Creative Activity Awards, and their thirteen chapbooks include Relief Map (winner, 2016 Summer Tide Pool Prize) and Body of Water (winner, 2007 Frank O’Hara Award). A published finalist in the 2013 Diagram Hybrid Essay Contest and two-time winner of the Academy of American Poets Prize, they have 15+ years of experience as a writing tutor and college English teacher at Augustana College, Northern Illinois University, and elsewhere, and have coached individual writers and facilitated writing workshops in settings across the Midwest. Their specialties include lyric prose, research-based writing, gender & sexuality, marginal positionality, and resilience. They earned their MFA in Creative Writing with a certificate in Women, Gender, & Sexuality Studies from Washington University in St. Louis, and their PhD in English/Creative Writing with a specialization in Women’s & Gender Studies from the University of Nebraska-Lincoln, where they were a 2017-18 Maude Hammond Fling Fellow.  They have also completed continuing ed coursework in documentary studies and graduate coursework in counseling.  Their current project, the cross-genre biography The Vanishing of Camille Claudel, has been a finalist for the [Pank] Book Series.  They live with their wife amid field and forest in northern Illinois. 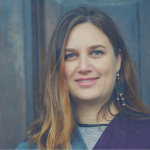 Karen earned her PhD in Philosophy from Northwestern University and holds Masters degrees in Philosophy and English from the University of Toronto and York University. She has taught business writing, academic writing, creative writing, literature and liberal studies courses at Ontario colleges and universities for the past decade. Her first novel, The Parasol Flower, is forthcoming in August 2020 (Regal House Publishing) under her pen name Karen Quevillon. Karen’s short fiction, creative nonfiction and poetry has been published in venues such as Geist Magazine, Grain, In/Words, CV2, FreeFall Literary, The Fieldstone Review, and Obra/Artifact.

Vanessa Grant communicates the ideas you don’t know how to put into words. A classically-trained journalist and former fashion and beauty editor, Vanessa has more than 10 years of experience working in online media. She helps small businesses create branded content that’s strategic, smart and shareable. Vanessa has worked for Shaw Media and The Kit and has been published in Flare, Today’s Parent, Toronto Star, The Globe and Mail, Parents Canada, CBC.ca and theloop.ca, among others. 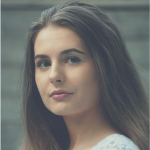 Pascale has fiction featured in New Reader Magazine and The Writing Disorder, plus a film in distribution by the Canadian Filmmakers Distribution Centre. She has just received her BAH from Queen’s University, and she is working on a budding book trilogy. She has provided design and/or social media management for One Lit Place, MagneTree Books, Money-Ready, and other private clients. 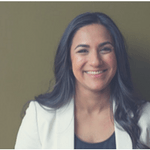 Razili is a program management and communications consultant specializing in international development programs who moonlights as a virtual community facilitator and content curator. She earned a BA in Economics and Government from Smith College and an MA in International Affairs from The George Washington University. Born and raised in northern California, Razili has lived in western Massachusetts, Washington, DC, and New Delhi, and currently resides in Toronto where she has learned to complain about the winters like a native.

CanamBooks: for Self-Published Authors in Canada

CanamBooks guides and accompanies writers through the self-publishing journey. They provide graphic design and illustration, translation, printing, marketing and distribution, and more to help authors become their own publisher. No contract needed, and authors retain 100% of their copyright. www.canambooks.com 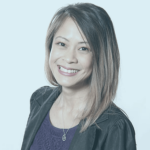 Astrid Sucipto is a digital marketing and communications tech expert whose mission is to make digital marketing easy for small business owners. With a focus on building lead generation funnels, she helps with the setup of landing pages, drip emails, online courses and general email marketing. By doing this work for small business owners, she frees up their time which allows them to focus their time and energy on strategy, revenue and growth.